OK, after falling ill with a norovirus type of illness on this dig I’m finally feeling well enough to write up my Henstridge finds at a SSUK dig.

I decided to head uphill from the parked cars, fields 6, 2 and 5, and not far into the first field found a tiny, somewhat worn silver hammered. I haven’t attempted to identify it yet but I don’t hold out a lot of hope. As I moved to the top of the field I went into No.2. 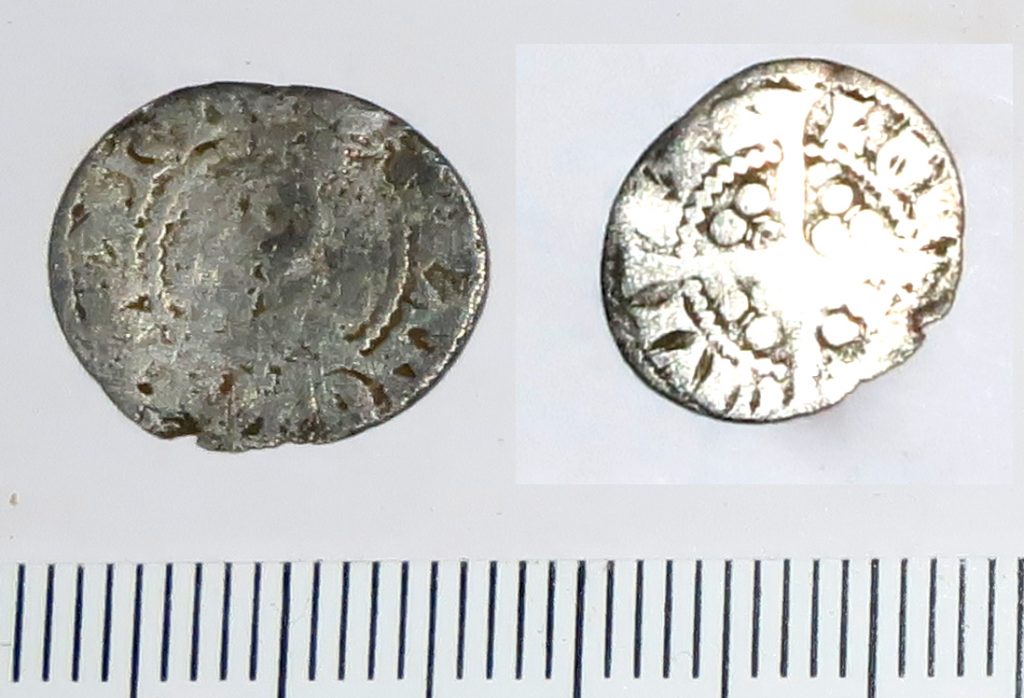 There were lots of lead pieces including one very large “palm guard” size piece – but not a palm guard sadly 😐 I also found an interesting piece of copper alloy, fairly large and vaguely wedge shaped. Other than bits of lead and copper I found nothing else so moved to field 5.

By this time my hip was saying coffee and painkiller time so I only did a quick recce of the field and along by the stone wall I got a lovely signal, an 1884 Victorian silver threepenny coin. With this find I headed back to the car for lunch. 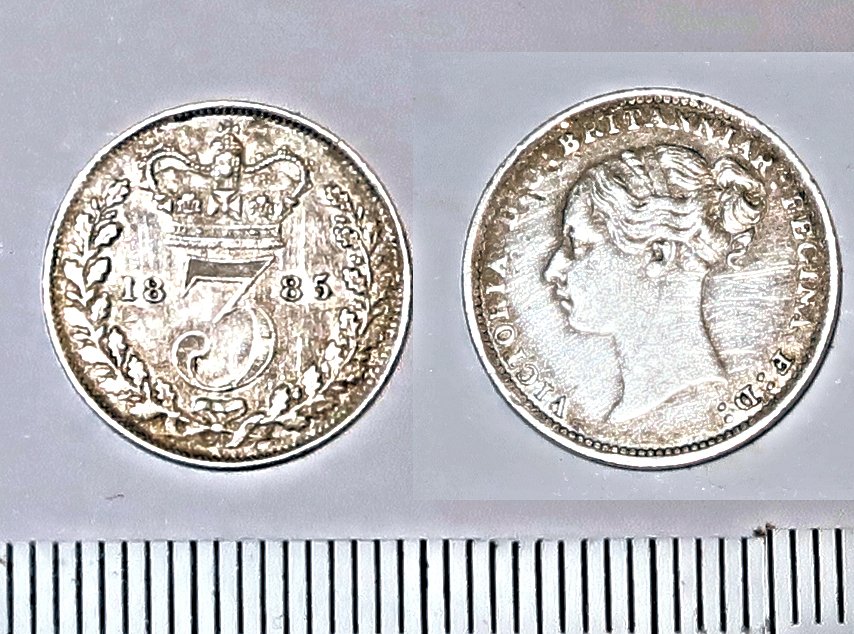 After lunch I felt a bit knackered so instead of heading back up to field 5 I had a swing around field 11 where the cars were parked, After a few minutes I dug a toasted Roman AE3 size bronze coin. The obverse isn’t too bad so I should be able to ID it, but the reverse is toast. 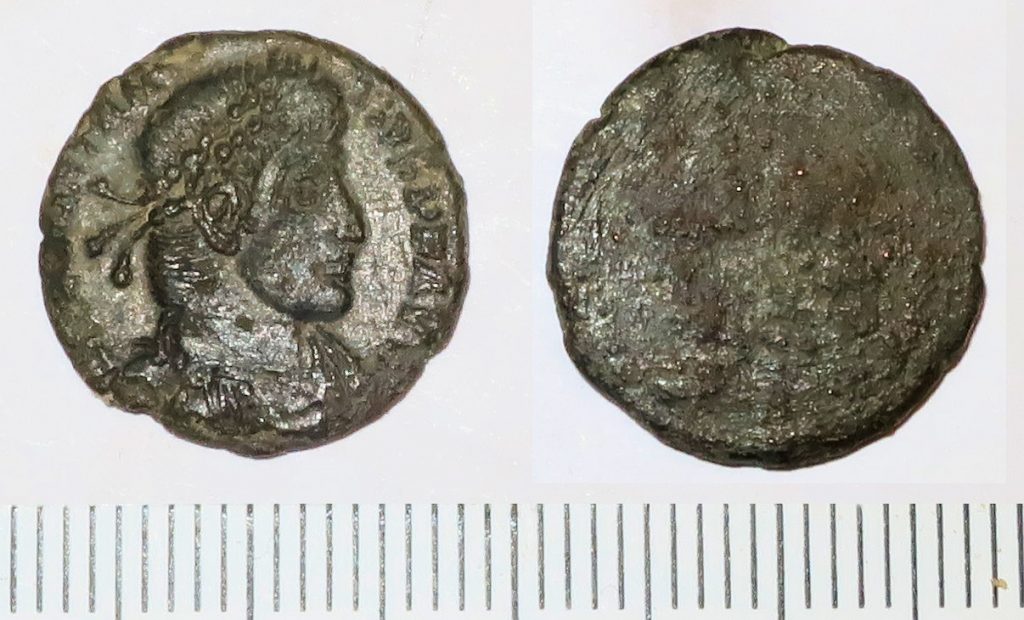 After this find I was feeling really rough so headed back to the car for a doze for an hour after which I decided to go home – I felt really ill and getting home was terrible. Still, I’m recovering now so all’s OK 😄 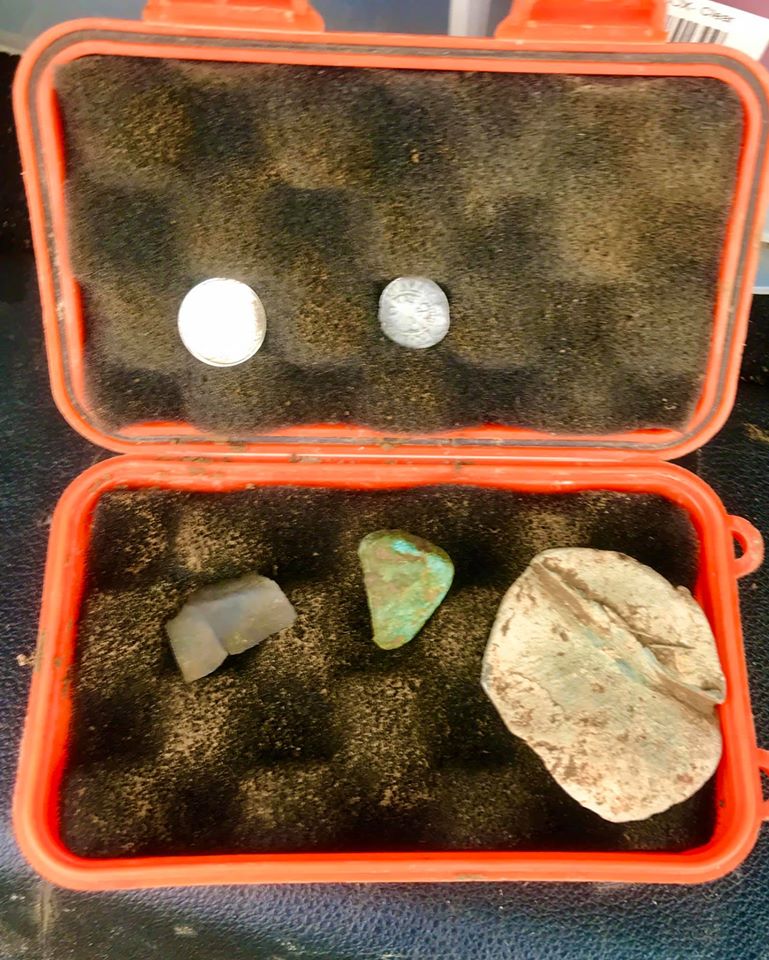