My wonderful daughter came visiting today to release me from home nursing duties, so I could go out and play Metal Detecting in the light rain and low temperatures with Dorset & West Pastfinders, near the ruins of Tarrant Abbey at Tarrant Crawford (she even made dinner too). 😁

After the Briefing Session everyone seemed to determinedly charge off to their preferred fields (most of them had been here previously) leaving me wondering where to dig, so I just started in the overgrown rape field next to where I was standing 😃

Swinging wasn’t too difficult, even in the overgrown areas, and as the field was very clean of ferrous signals apart from the odd broken horseshoe and anonymous twisted bit of iron, all the signals were non-ferrous. Tragically, most of these non-ferrous signal were odd bits of aluminium sheet 😢 I did find two musket balls and a 5.56 cartridge case. This spent cartridge case is a bit of a mystery as it was manufactured by CBC for the use of NATO forces, so what was it doing in a field in Tarrant Crawford?

After lunch I moved down to the maize fields by the Water Treatment Plant – lots and lots of iron signals. I dug a couple of the more interesting ones but all I found was scrap. However, near the bottom of the second maize field I got that unmistakable bright tone that my detector seems to give on bronze.

When I first unearthed the signal amongst all the flints and mud I wasn’t sure what it was, I’d never seen this type of artefact before but after wiping a bit of mud off I saw it was a Roman fibula-type of thing. I’ll look it up to identify it’s type – turned out to be part of an Anglo-Saxon Cruciform Fibula, 5th or 6th century AD. 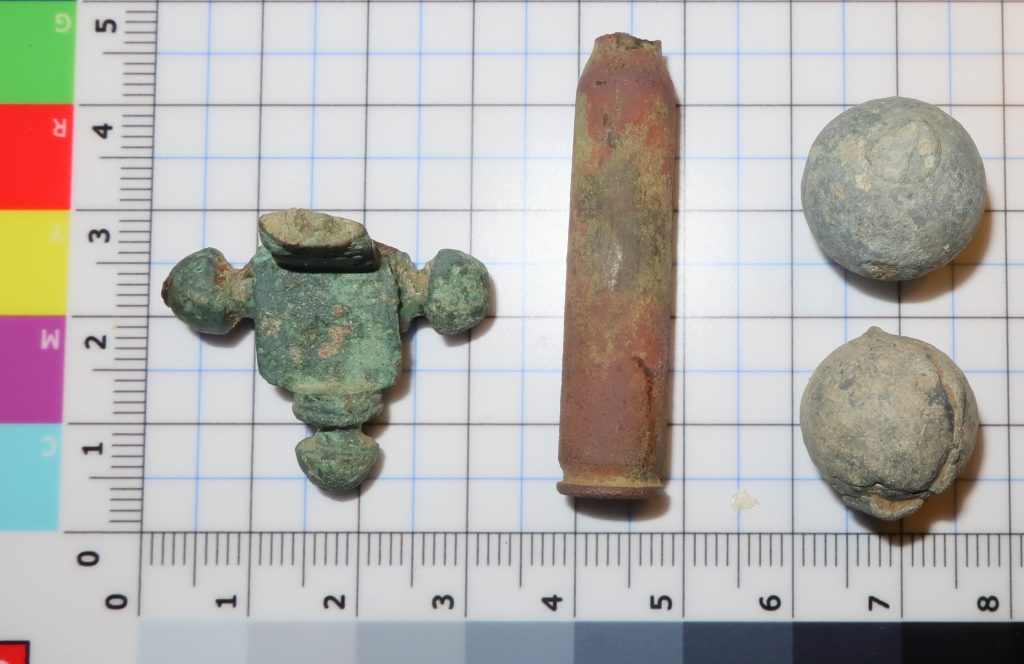 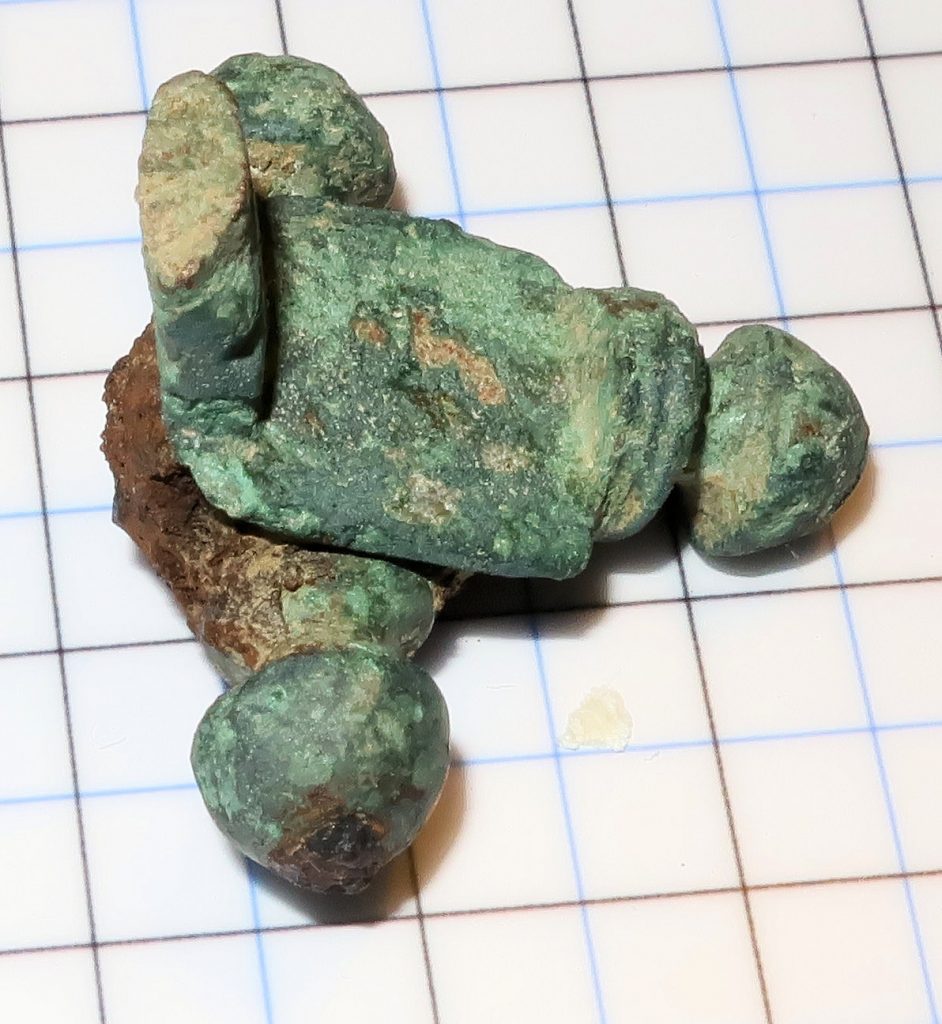