A muddy day at Mudford with UK Metal Detecting, but it was my first time out with my new HF coil on the Deus so I was hoping for good things. I wasn’t disappointed – the combination of the HF coil and Iain Crozza’s “Sniper” program was fantastic, very stable, very deep, good discrimination.

My best finds, apart from a load of cow tubes and spent cartridge cases were:
1. A small roman coin which was really grotty when I found it but after a quick clean looks like a Valentinian I – 321-375AD
2. A worn silver hammered, but after a look in Spink to ID it I found small circles between some of the pellets on the reverse, called annulets, making the coin a half groat of Henry VI (1422-1471 AD), Annulet Issue dated 1422-1430 AD.
3. A broken bronze ring, possibly roman. The centre of the ring seems to have very cracked glass or enamel in it but no discernible pattern to it. 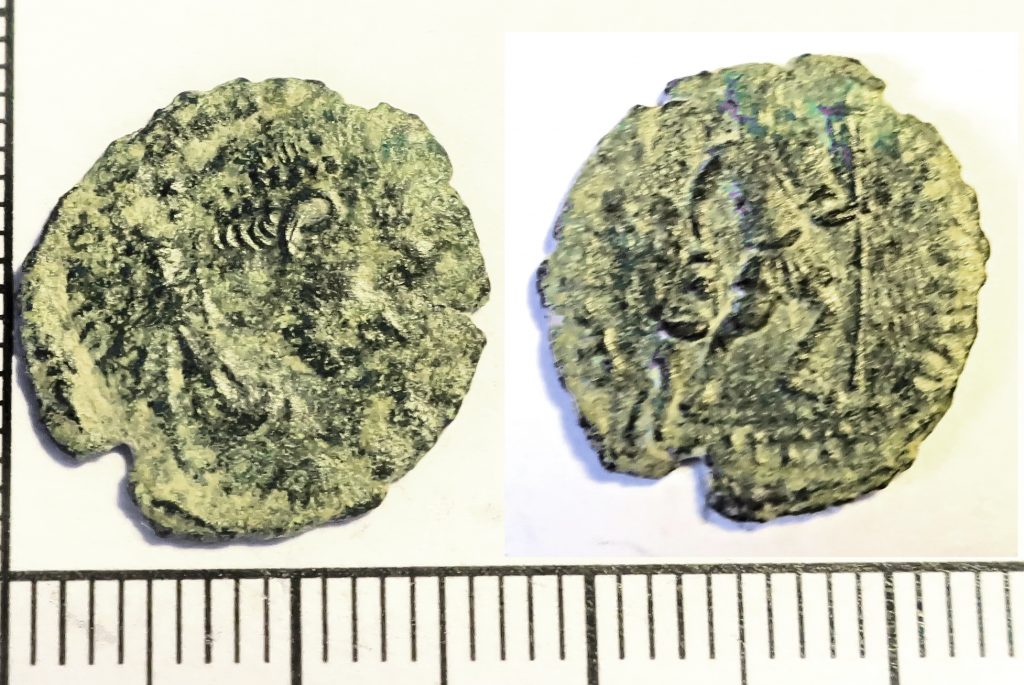 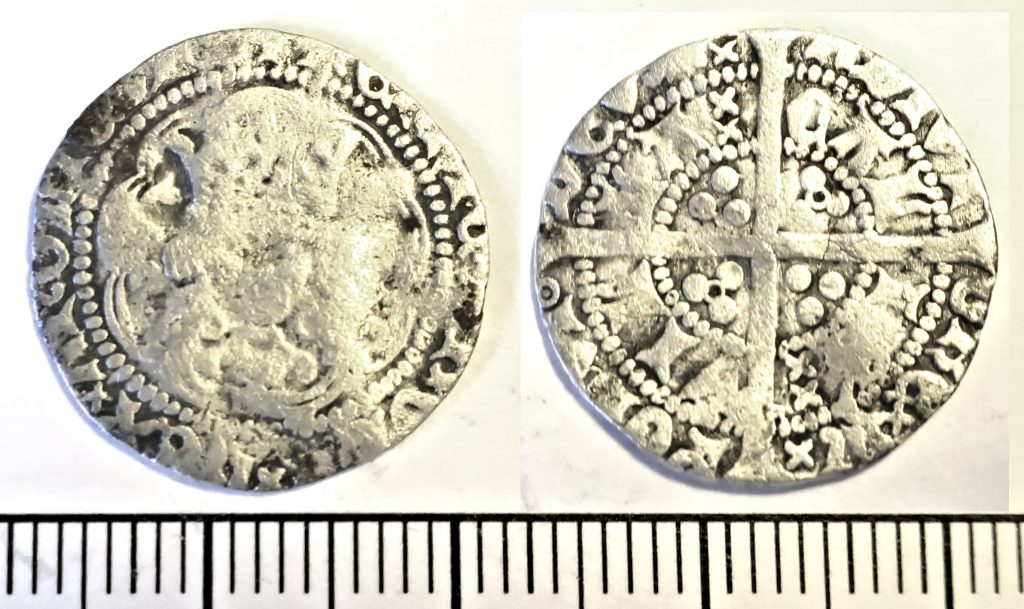 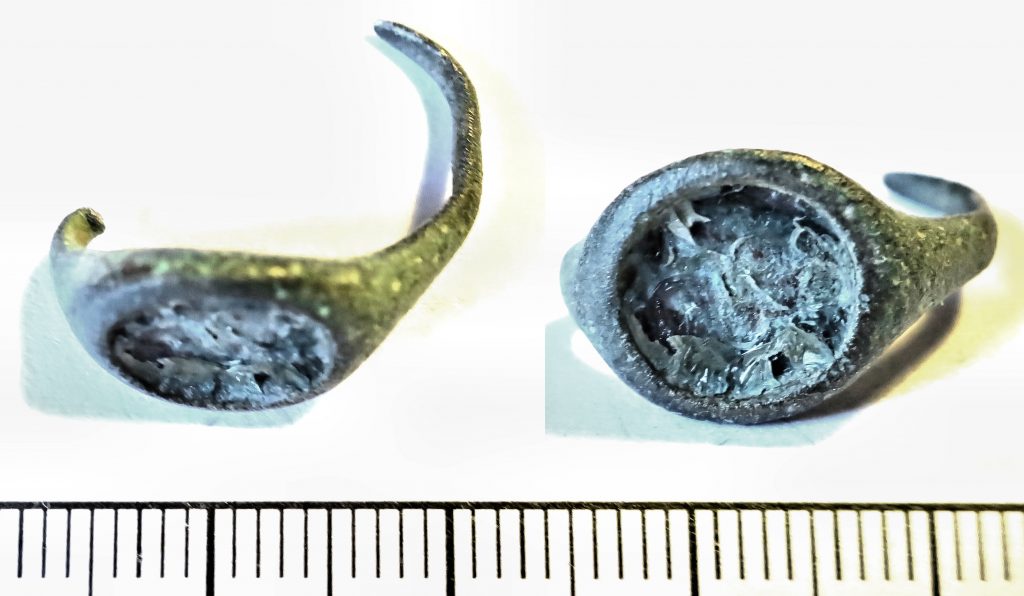 Apologies for the poor photos but I’ve done a bit of a rush job. I’ll clean them properly and take decent photos for reference before I hand them to the FLO… 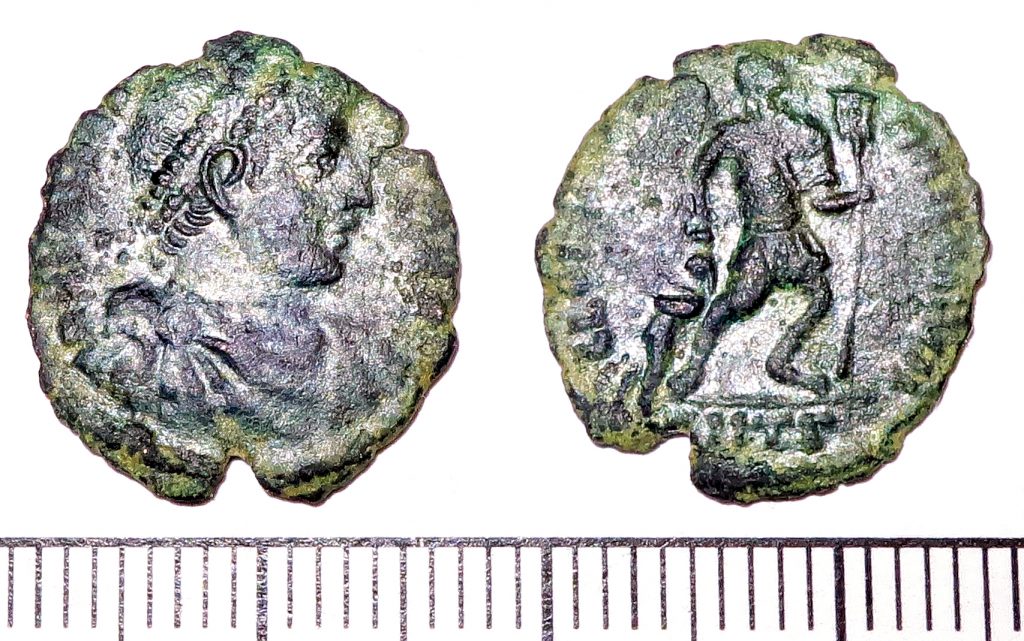