A less than spectacular dig for me today out by Yeovil, except for two small triumphs 😀

The first was within 10 feet of the car when I got a lovely signal which turned out to be a George V 1931 “Oak Leaf” Silver Three Pence coin (50% silver content). Only a few paces on and again I got a cracking signal. As I dug it I got the glint of silver… only to discover a dog’s chrome collar tag with the name “Milo” engraved on it 😕 Ah well, it was a first for me, a silver milo 😁 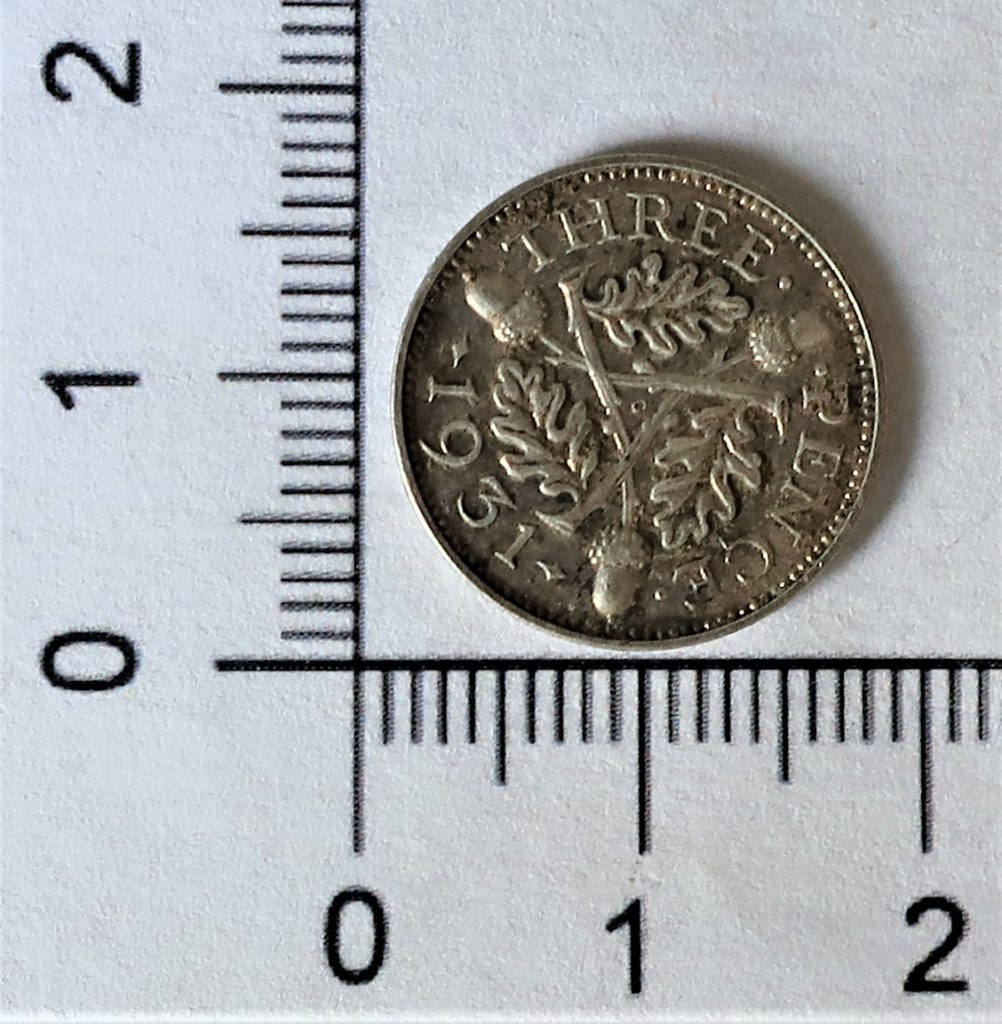 The hill you could see from where the cars were parked was just a teaser… Every field just kept getting higher – a definite need for sherpas and oxygen tanks next time 🙂 At least when I reached the three-quarters hill-climbing mark, the group had set up a tea/coffee station to revive the spirit for more climbing ahead… 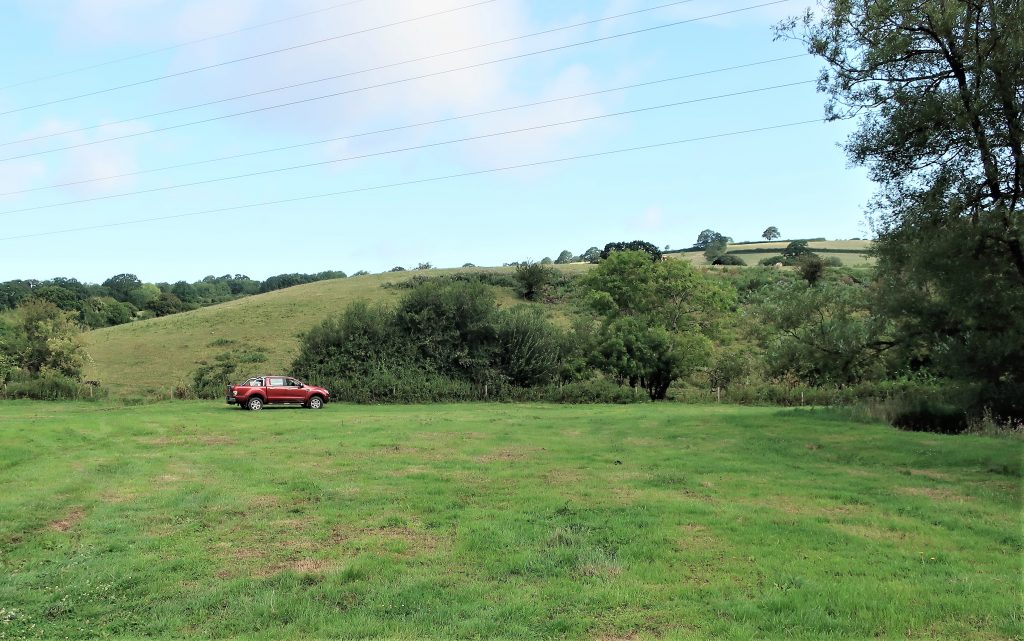 First thing this morning it was cool and damp so I’d set off in wellies and a fleece. By halfway up the hill, the sun was beating down and every step I took left a pool of sweat in my wake 😕

Finds were few and far between for me and all fitting the general description of “junk”. At least all the tweaking I’d done to my Deus meant I was avoiding the obvious iron signals

So my finds were: a corroded .303 bullet, a .22 cartridge case (where would metal detecting be without these two staples?), a large brass tarpaulin eyelet, an iron axle locking pin (gave a maybe worth digging signal), a used bar of very hard metal, probably solder, and a knobbly blob of metal where I assume solder was dripped.

The fact that I dragged my fat carcass, bad hip, and wrecked knees up and down those slopes was a major achievement for me and more than made up for the lack of finds, also the spectacular display of wildflowers improved the day (even if some of them were that dratted Himalayan Balsam) 😁

Incidentally, when I got back to the car for lunch (and a nap) one of the women from the farm was putting flyers on the cars. I asked her if she knew a dog called “Milo” and it turned out to be one of theirs – dog and lost name tag now happily reunited 👍

P.S. I’d read about a roman villa and a mediaeval trackway close to the dig site… turns out they were on the opposite side of the valley 😭 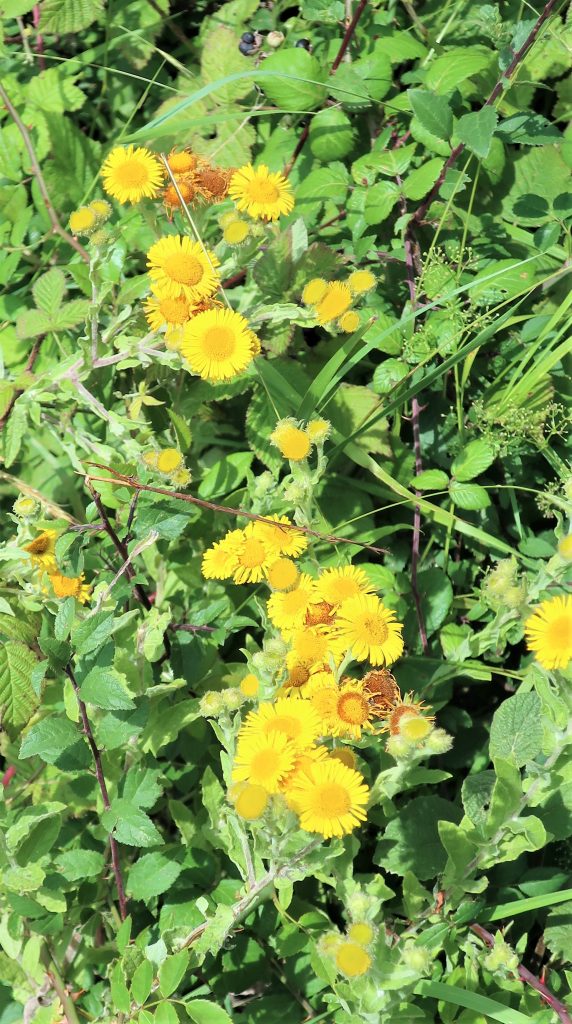 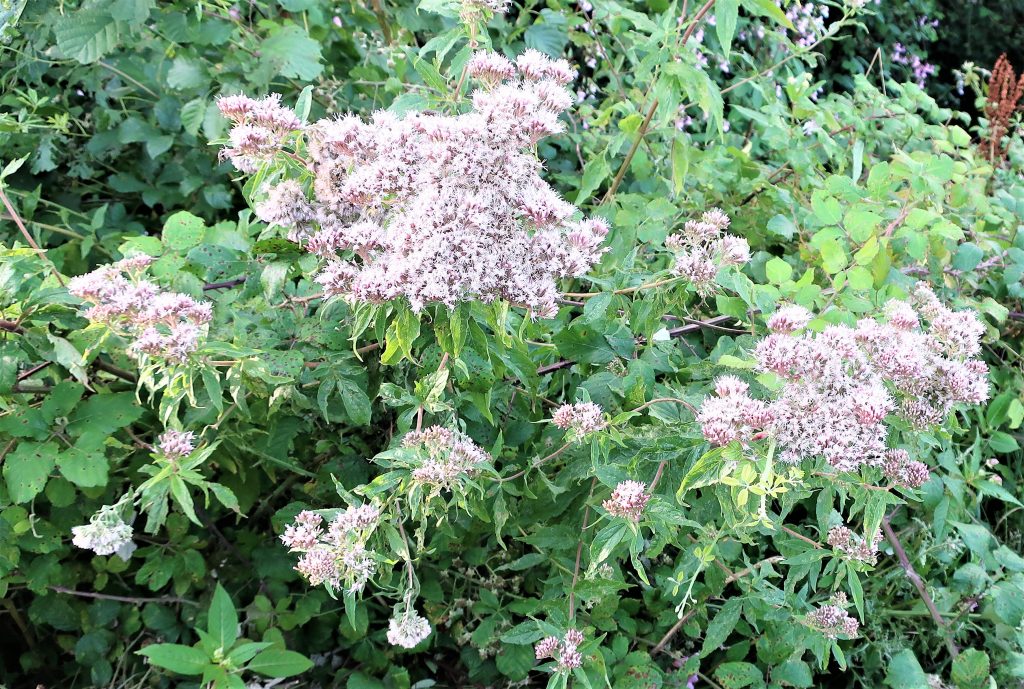 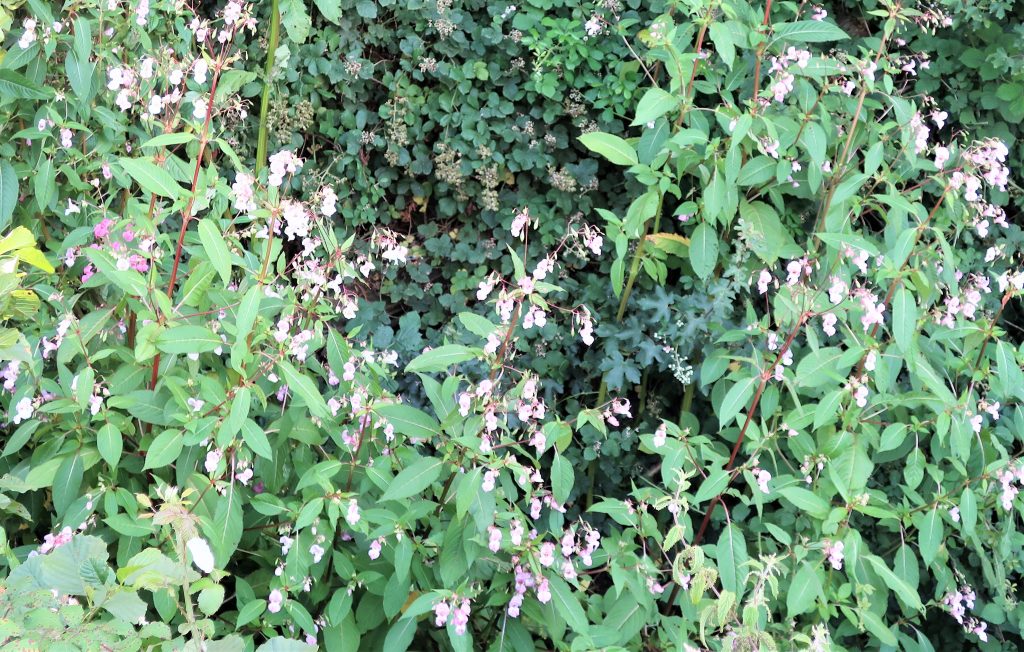 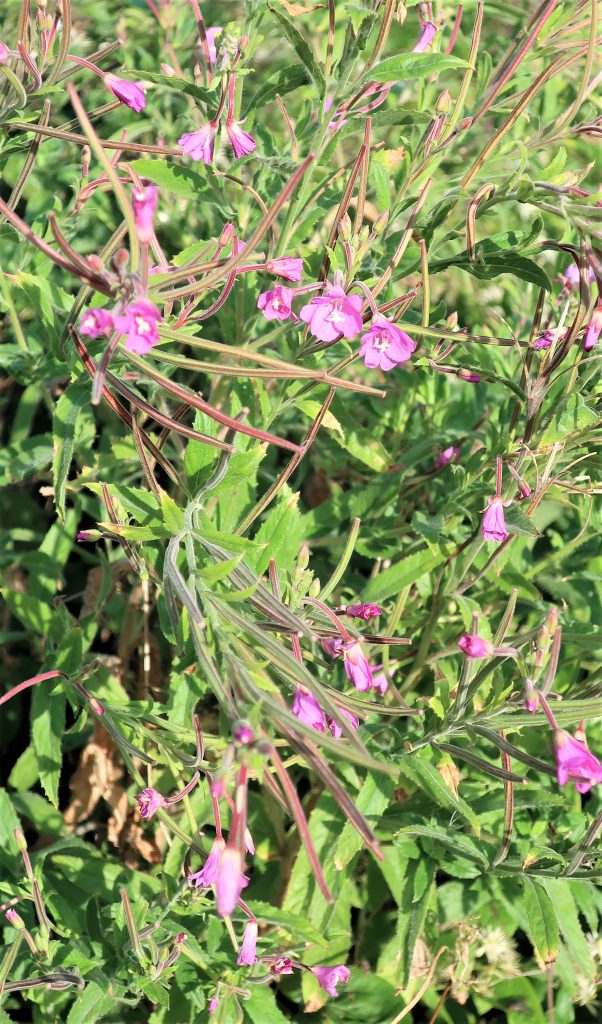 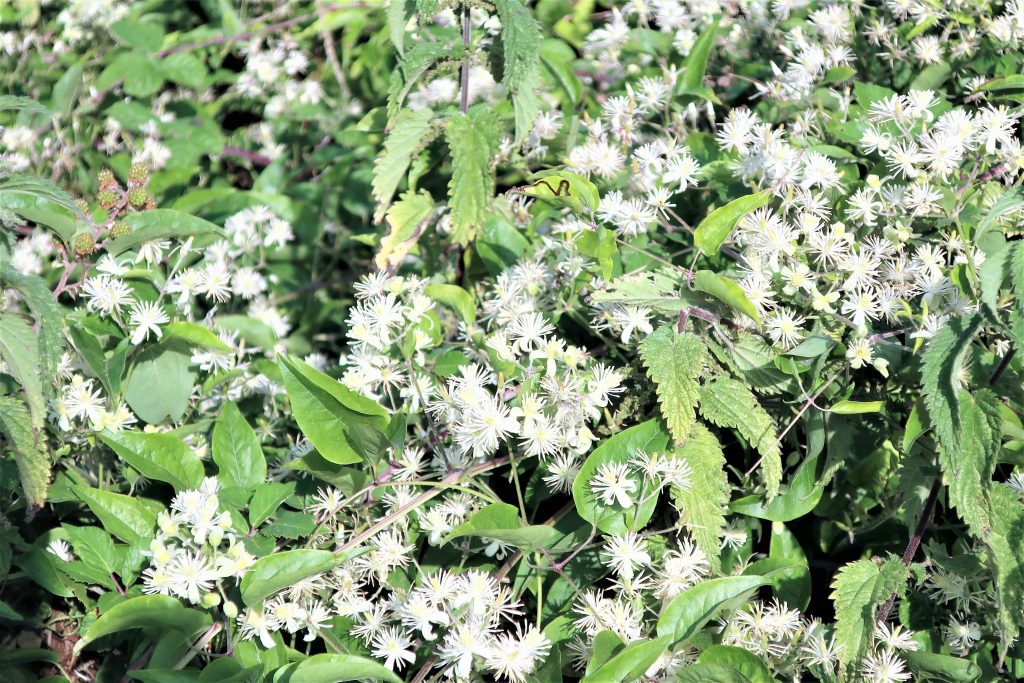