I was invited to join Midweek Searchers who were metal detecting at a site near Waterlooville. I found nothing spectacular despite telling Sharon, the Admin on the gate, that I was going to find gold today… There actually was some found, a Celtic Gold Stater, but somebody unkindly found it before I got to it 😄

My actual finds were: a George VI 1947 Half Crown, a bit of coke (gives a brilliant signal), lots of nails and bits of iron (most went as hedge fodder), a .303 bullet, a strange bit of what could be Pyro Cable – brass sheath with a copper core, and a weird bit of harness/cart thingy. 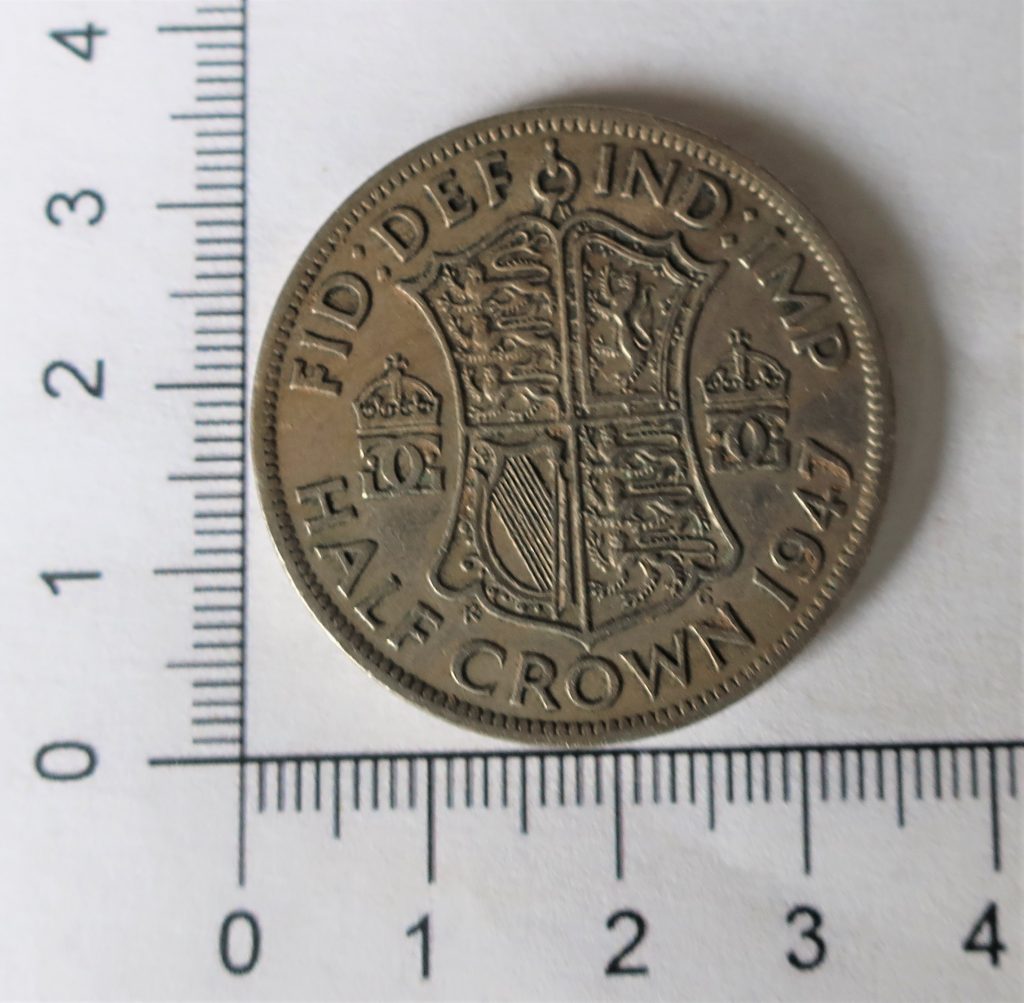 Admittedly I didn’t work too hard searching today as I was tweaking Deus programs so was digging every squeak and faint signal I heard in between iron signs.  That resulted in a lot of iron scrap, but an awful lot of learning about the Deus too…

Despite the four hours round trip in the holiday traffic I still had a good day. The weather wasn’t too bad, the location was great, and the company was, as usual, brilliant 😊 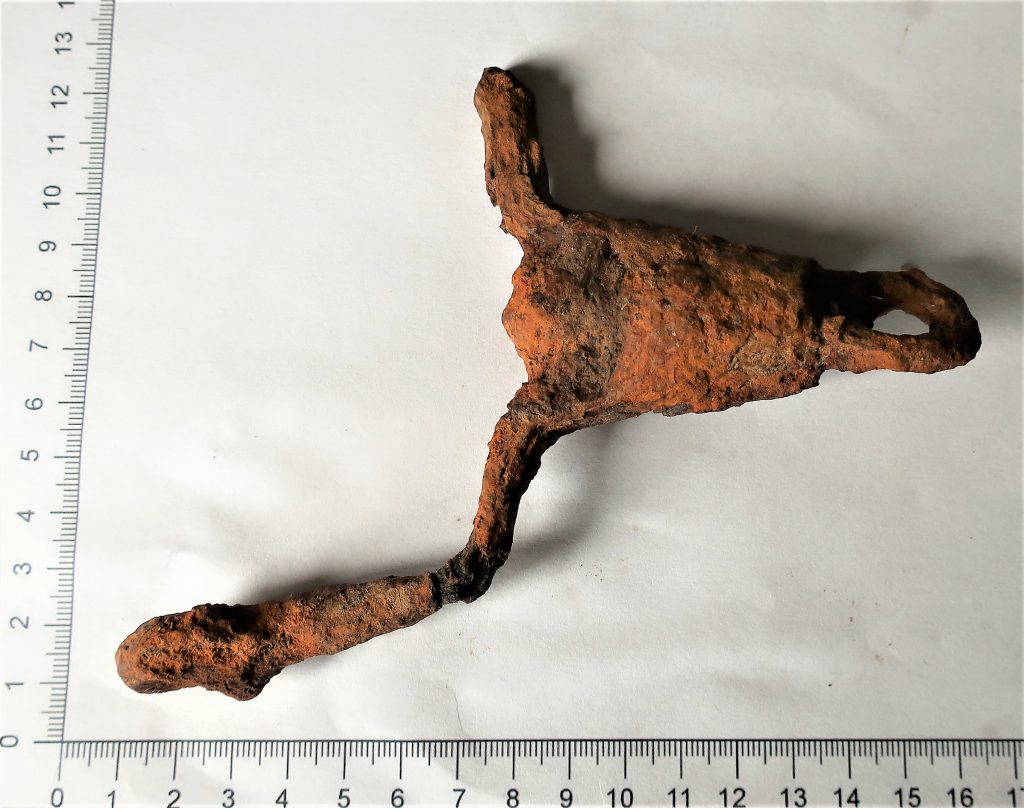