I was out on a dig with the UK Metal Detecting Group today near Sherborne.  However, I think I concentrated my efforts on the wrong fields at as by the time I finished I was considering starting a new career as a scrap metal dealer 😁

Working my way up the edge of the field, towards the site of a deserted mediaeval village, I got a nice signal within a few paces of starting which turned out to be a deeply buried copper bullet, about 8mm diameter, so probably from a .303 cartridge.

A few more paces led to another good but deep signal – a piece of aluminium foil… and that was the pattern of the rest of the field. Lots of iron signals, Aluminium foil, lumps of Lead, and lumps of melted Aluminium every few paces. The only exceptions, apart from the bullet, was a 1958 Elizabeth 2 Sixpence and a flattened .22 cartridge case. 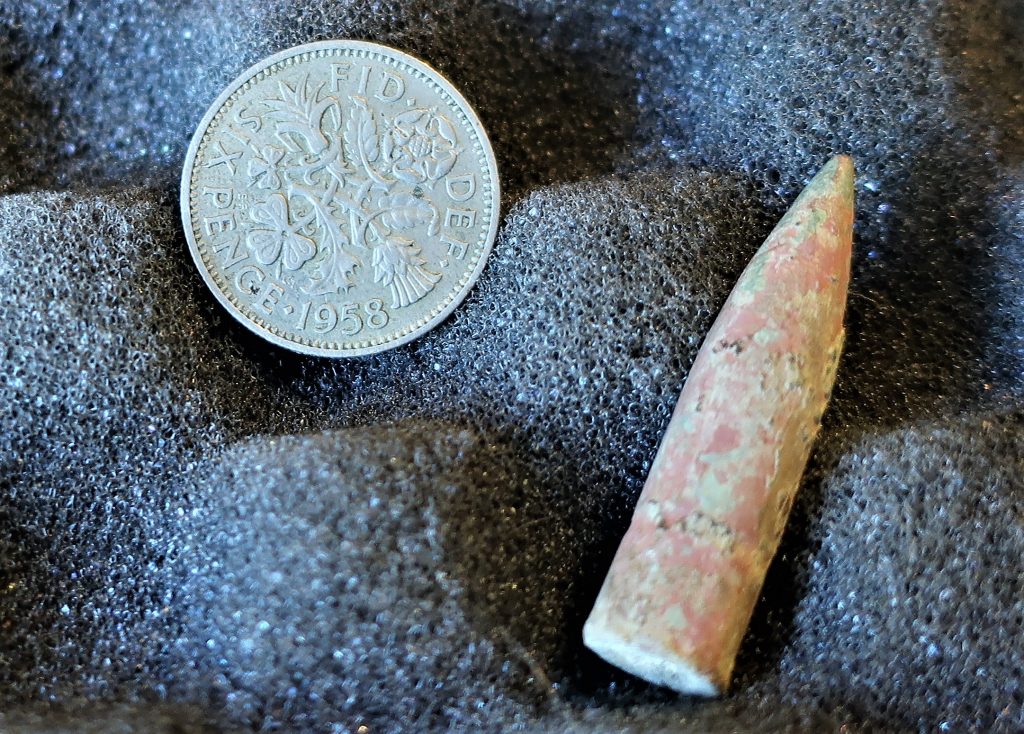 When it started raining about 11:30 I headed back to the car for lunch, afterwards noticing that the field was deserted, apart from one lonely digger in the distance who was also heading back to his car.

Undaunted, Fred and I decided to have a search of Field 2 and once again were the only diggers left. After finding loads of iron signals, and once again digging several good signals which turned out to be the usual aluminium foil, we decided to cut our losses – Fred had to go home anyway and I wanted to give Field 3 a try (especially as it was near a pub 😄).

When I got there I had a natter with some other diggers, who reported that the field was similar to the other two, lots of digging for few results 😟 so instead of staying I decided to head towards home and check out the progress of the harvest on some of my permissions.

Not the most rewarding day, but enjoyable, particularly after the rain stopped and the sun came back out… 😁 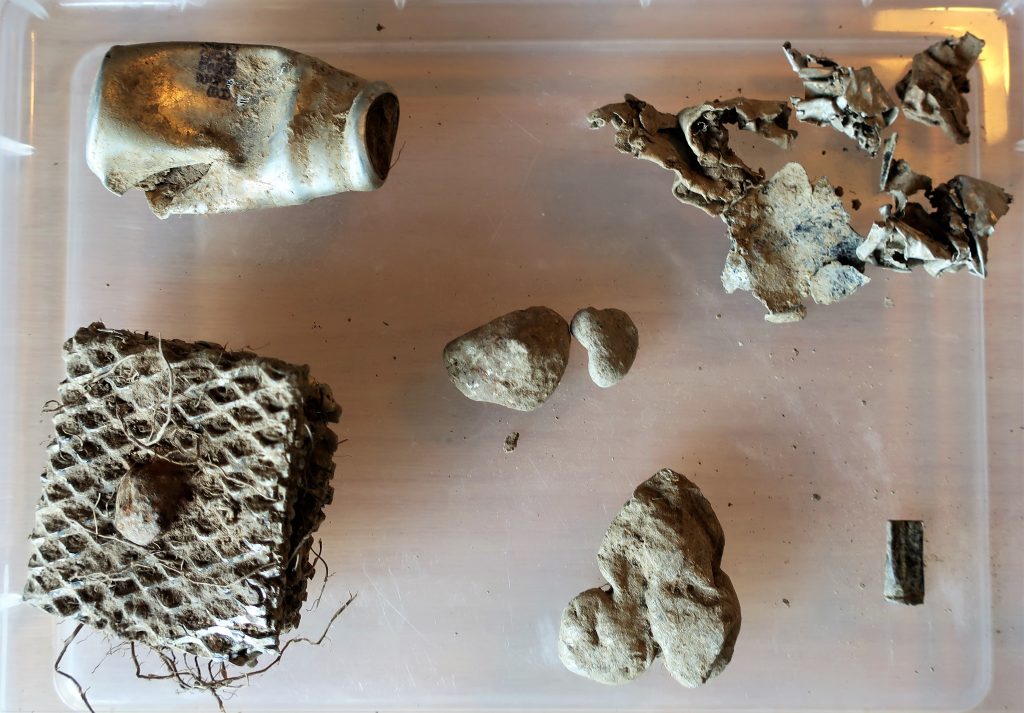 A selection of scrap from the fields near Adber 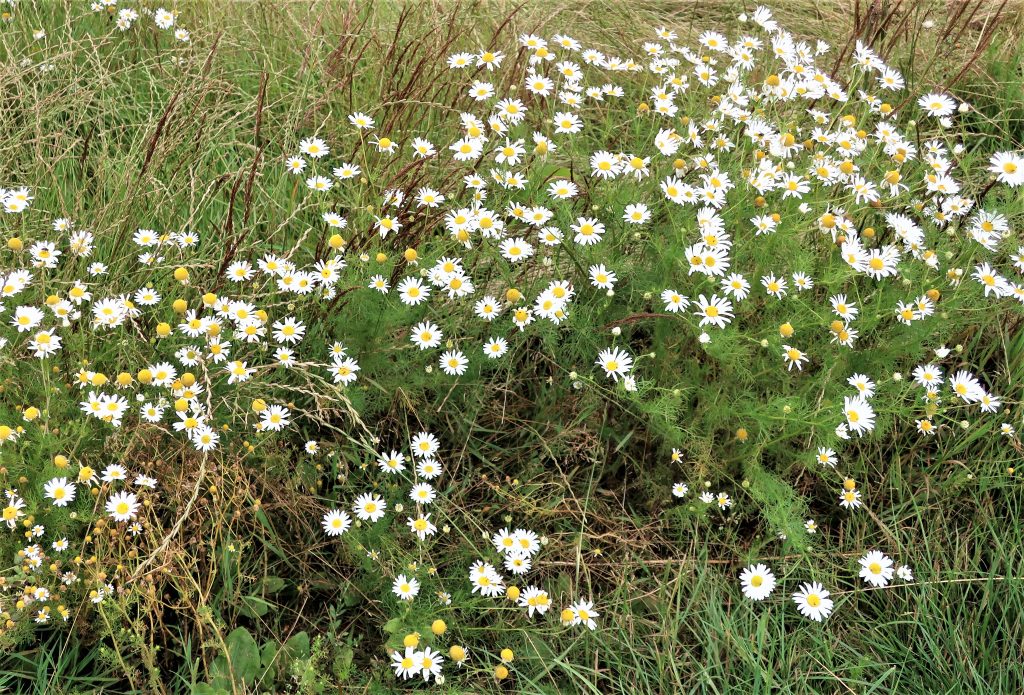 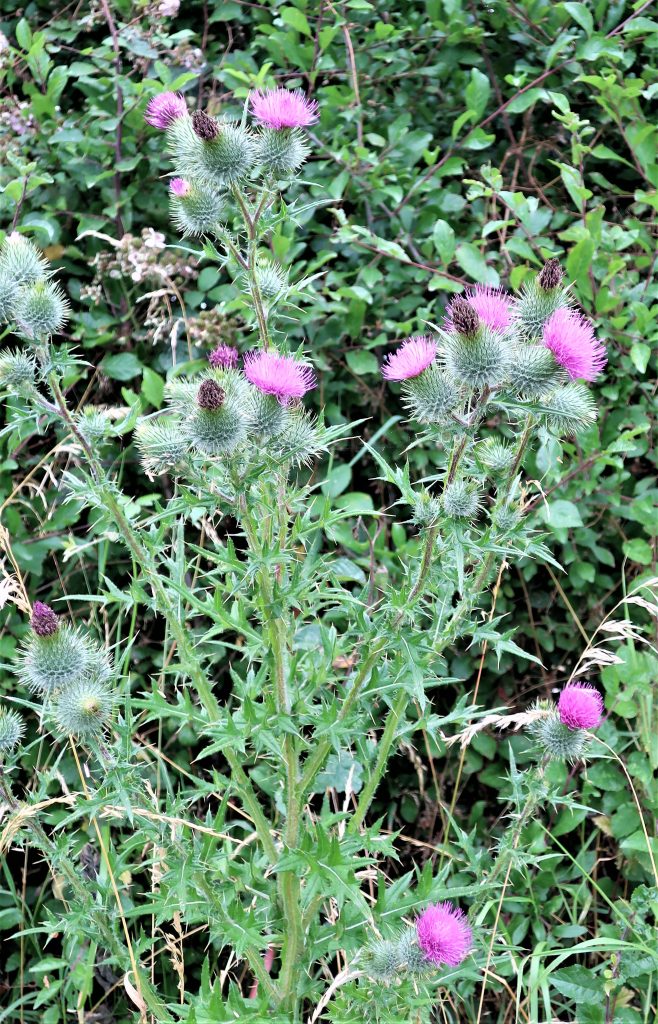 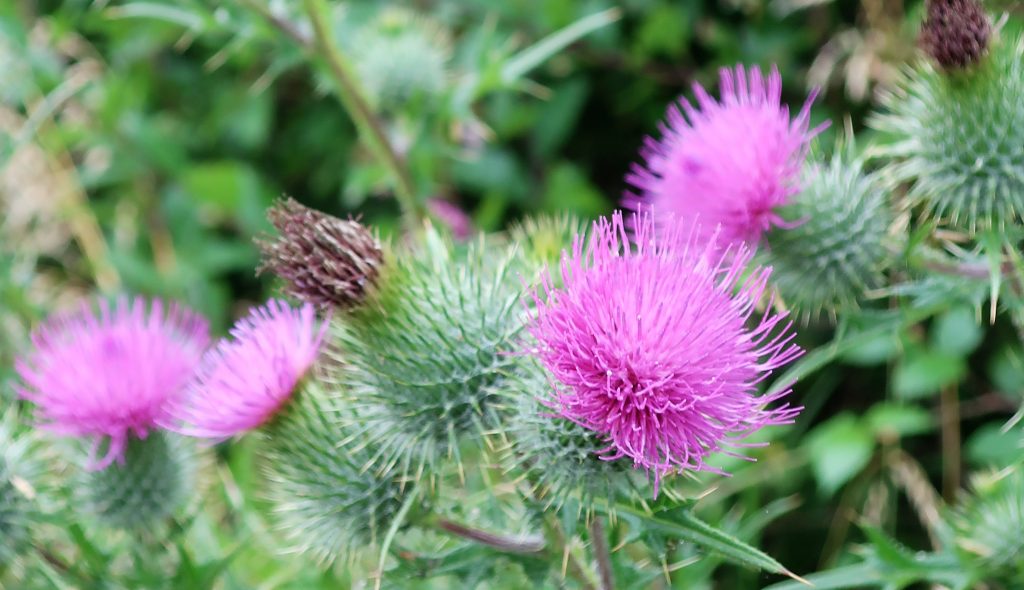 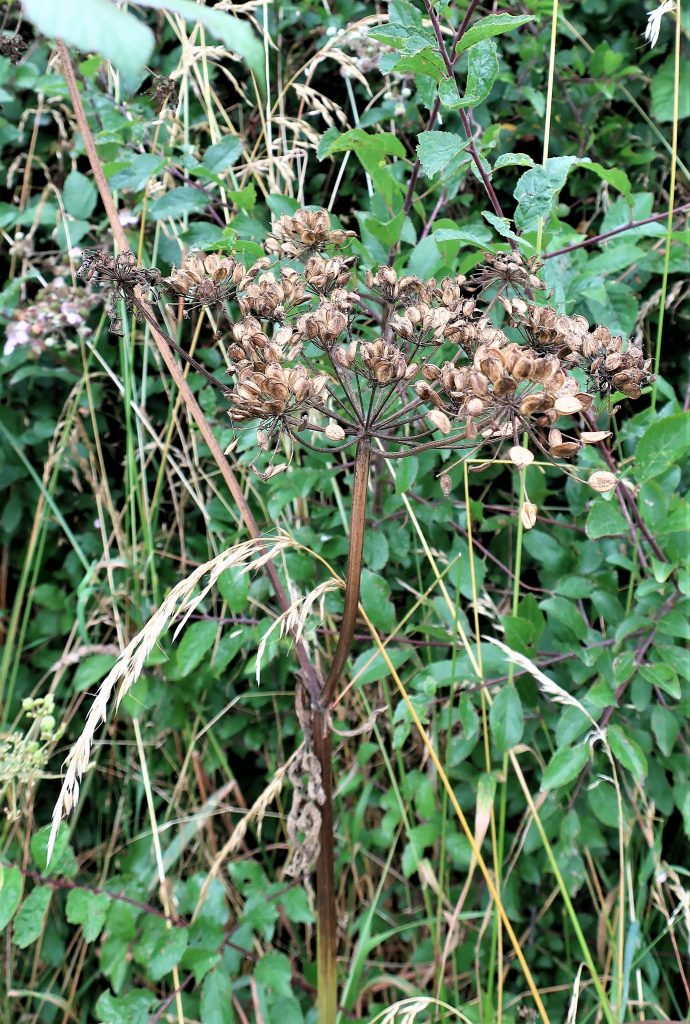