I was out again with a few people from Southwest Detectorists to look at a couple of small fields just down the lane from our Sunday site.  It was hard work metal detecting today as, despite last night’s rain, the ground in the lower half of the first field was a mixture of rock-hard clay and flints – and guess where my first good signal was? 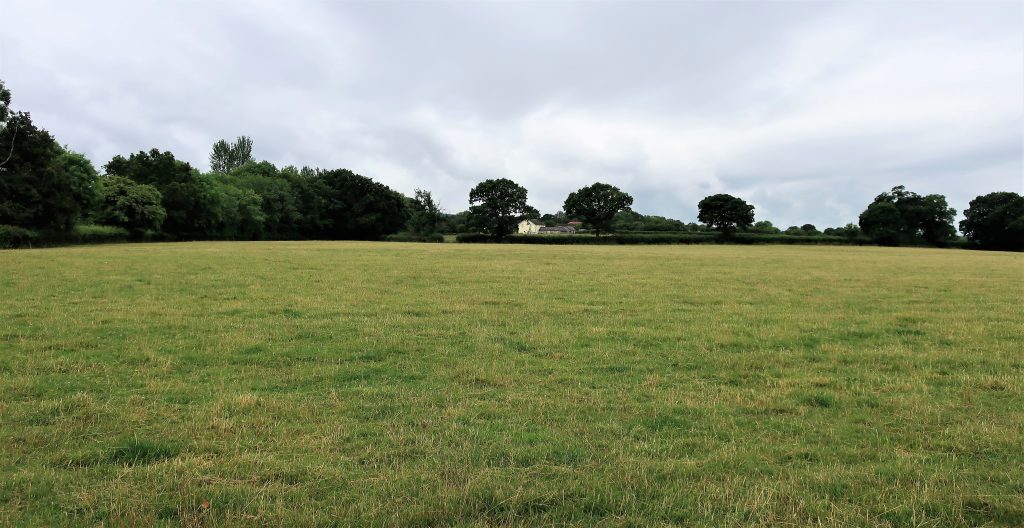 The digsite before the sun came out.

In the hard-packed ground near the gateway I got a deep signal that seemed worth digging and the deeper I dug, the harder the ground got, and the signal barely improved ☹️ At 12 inches (300mm) down I was about to give up when I glimpsed a coin edge-on. It turned out to be a quite corroded George V 1935 Penny but I was pleased to find it as I was trying out Gary Blackwell’s Deus “Cold” Program for the first time and it appeared to be working well.

Circling the bottom of the field I got several bits of copper wire and a large triangular buckle, probably horse harness, but as I started heading up to the top of the field the soil became sandier and signals scarcer.

I did manage to find a 5p coin near the surface which had lost all its nickel coating, but at the top of the field it was back to really deeply buried signals, with more bits of copper, a piece of aluminium can, a square of lead which I initially thought was a GPO bag seal (until I cleaned it), and a heavily corroded copper-alloy disc, which I’ve now been told is probably Roman. Even with “the eye of faith” I couldn’t really see anything on either side of the disc, but I keep convincing myself that there’s slightly raised patterns on it 😁 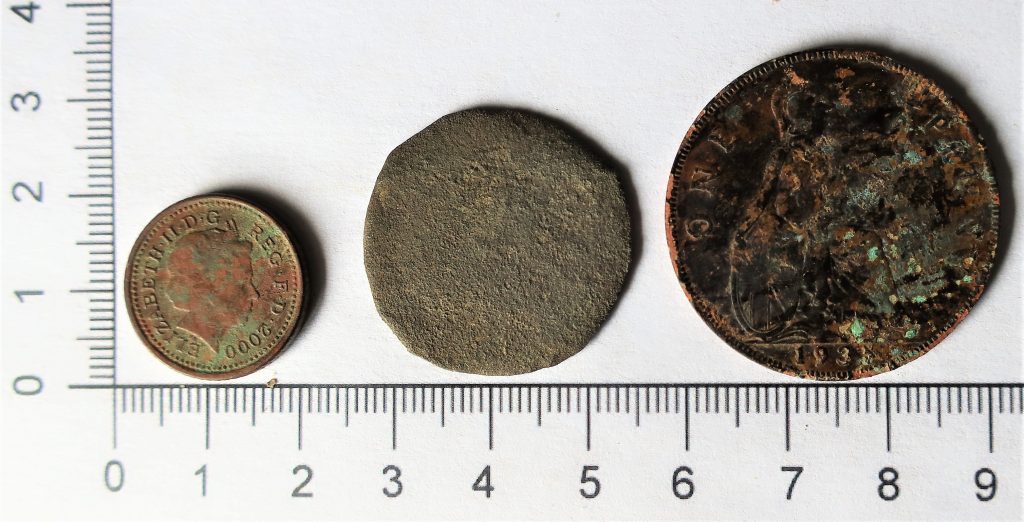 After heading back to the car for lunch I realized I’d left my painkillers for my worn-out joints back at home so ended up packing it in for the day about 12:30.

It wasn’t a wasted day though, it was good to be out and meet up with some familiar faces, and on the way home the hedge bottoms and verges were full of wildflowers – and wildlife 😳 I nearly had a deer on the roof of my car after it jumped over a hedge just in front of me… 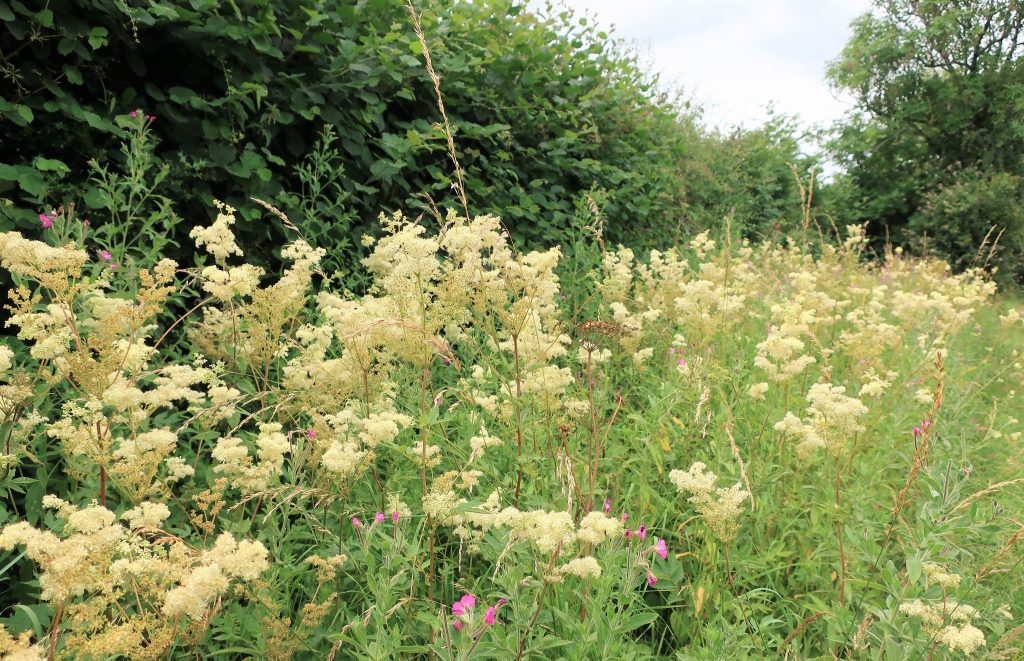 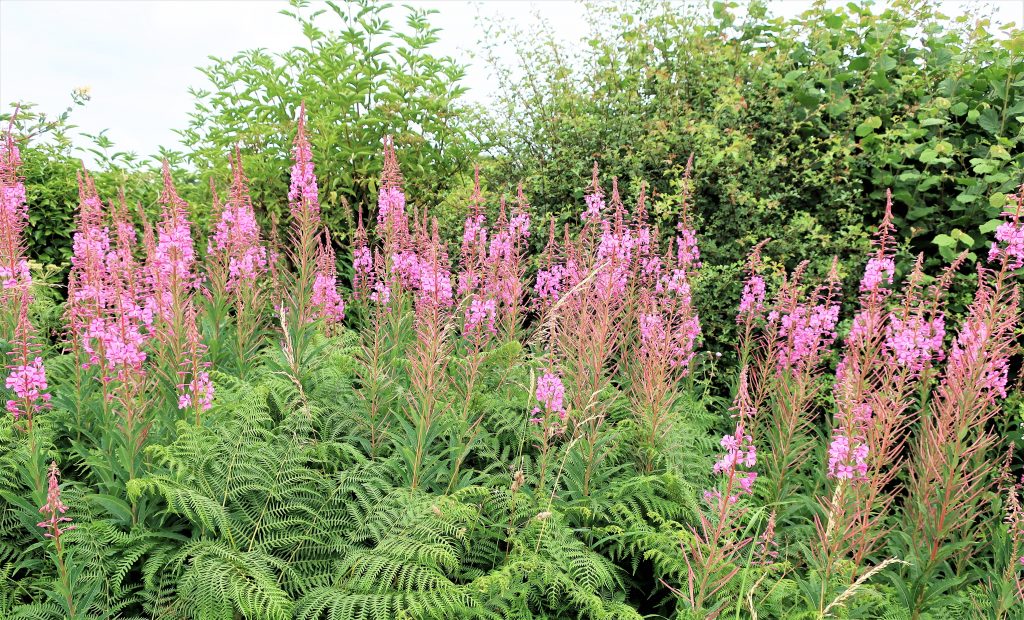 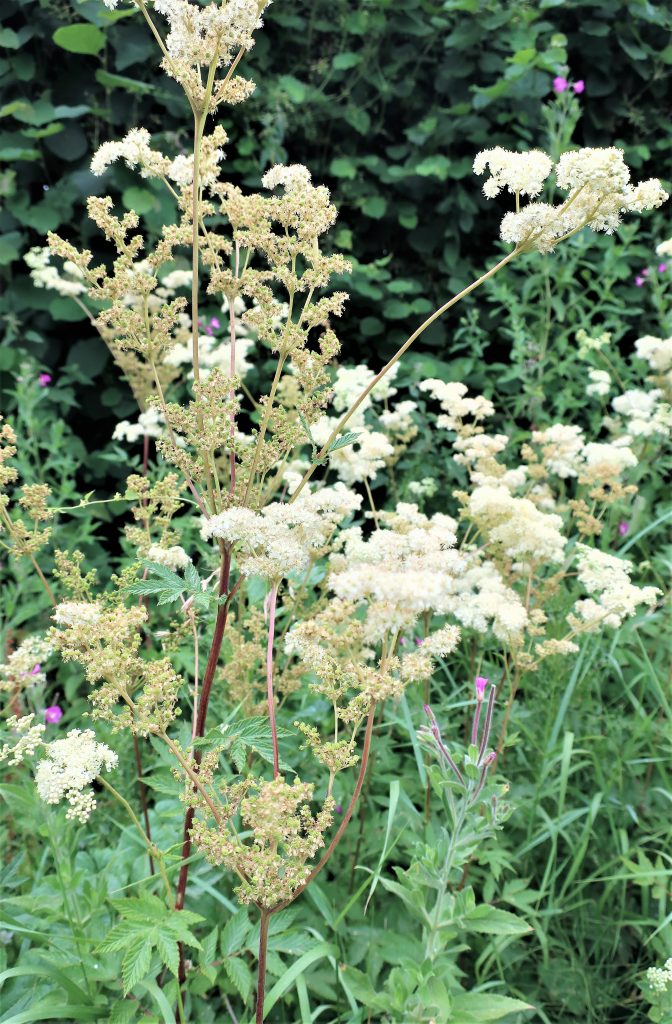