My finds at Lydford-on-Fosse with SSUK today (except for a George III Shilling which I found, and later lost 😭)…

Squelching through the first field, having decided to head for the second field first, I got a solid signal which turned out to be a lead spindle whorl, undecorated but probably medieval. Just before I got to the second field I found a George III Shilling but as I was so lathered in mud I just dropped the coin into my finds bag for cleaning later.

Into the second field I worked my way up the hedge line, finding various bits of aluminium, copper, and bronze fragments before finding a slightly bent copper alloy coin-like thing, totally toasted but with a prominent raised lip on both sides and perhaps traces of diagonal milling around the edge. Possibly a trade token but too corroded now to identify.

Further up the field I dug what I first thought was a small horn protector but after cleaning it’s totally hollow and thin-walled. Maybe a small bell? That’s when I found the silver shilling was missing 😭😭 I drop my pinpointer into my finds bag as a convenient place to keep it handy, so probably the mud on the shilling stuck to the mud on the pinpointer and it got dragged out without me noticing… Even though I carefully retraced my steps I couldn’t find it. Hopefully somebody will find it some time just laying on the surface – a nice little solid silver bonus for them 🙂

After a coffee and scraping off most of the mud I decided to try the first field again as loads on fibulas were being found at the top of the hill.   As I worked diagonally across the bottom of the field I got a silver signal and thought “great, I’ve found my shilling” but was unsure whether to be happy or sad when it turned out to be a bent Henry III Voided Long Cross Halfpenny – about 1250 to 1253 AD according to the bust style.

A bit further up the field in a green, less muddy area, I dug a scratchy signal which turned out to be a small Roman Nummus, a bit too corroded to identify until I clean it, but it’s definitely Imperial, 235 – 476 AD. 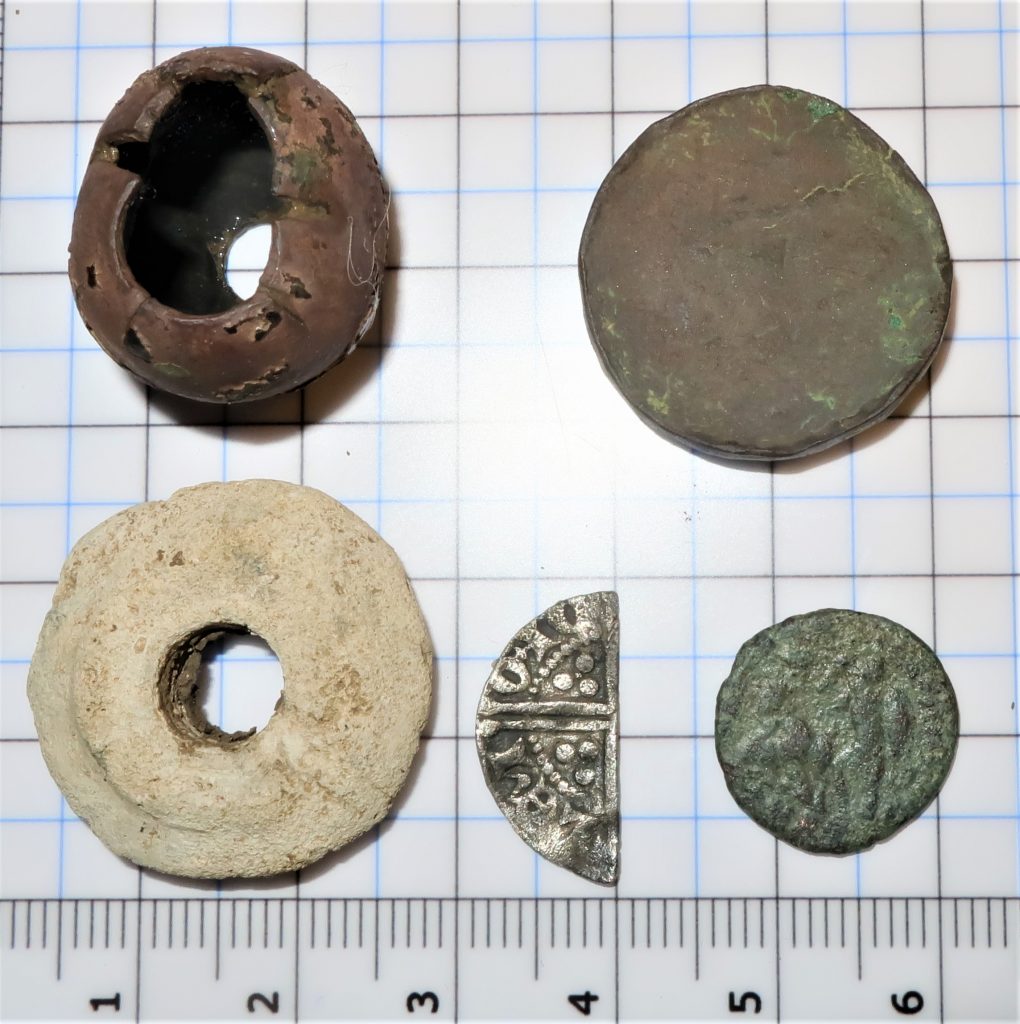 When I got home and cleaned the bits from the dirty side of my finds bag, what I thought was just scrap aluminium turned out to be a squashed Singleton’s Super-Methanol Snuff tin. Made by Singleton & Cole Ltd of Birmingham, dated anywhere from 1890 to 1950.

Another find was a .243 Winchester Cartridge case, by Normco, so it looks like someone’s recently been Deer Hunting around there.

The rest is scrap copper, lead, aluminium, and a shotty except for one small piece of triangular bronze which appears to be a corner broken off a small container, or maybe the catch plate from a large fibula. 🙂 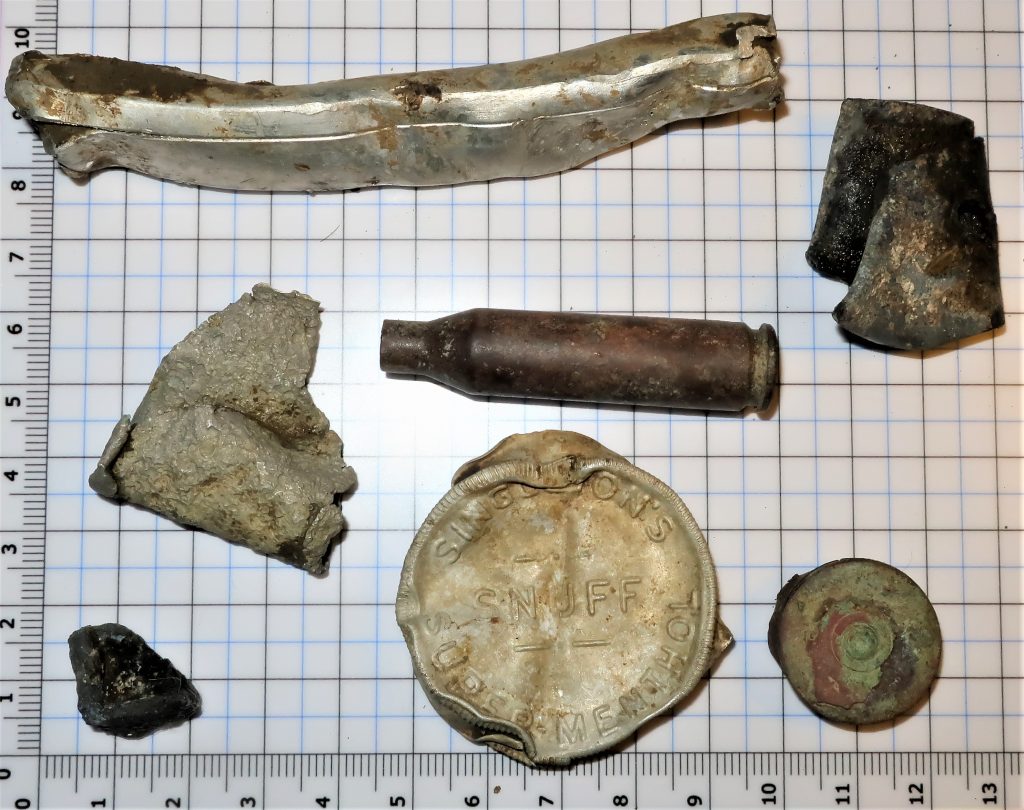