I was out on a Relic Retrievers Dig near Ilminster on pasture land between two medieval drove roads.

There were four fields on offer, a field where we parked, a small five acre field to the north of the parking field, a field to the east which contained poultry and could only be used until 11:00am, and a fourth field which would become available after 11:00am…

The first (parking) field appeared to have been very recently dug as it was scattered everywhere with filled-in holes and (apart from iron) gave no signals.

The second (five acre) field was a different story.  Although it too was full of iron signals, there were several good non-ferrous signals.  Some of these were the usual aluminium cans and foil, lead scrap, etc but mixed amongst them, usually quite deep and surrounded by iron, I found an octagonal copper mount (no idea what for), a corroded piece of alloy moulding which may once have been chrome or silver-plated, modern pre-decimal coins, the usual pewter button, and my star find – a first or second century Roman fibula 😀

It’s tiny and not highly decorated, and has been broken where the pin and spring attached, but I was happy with it 😁 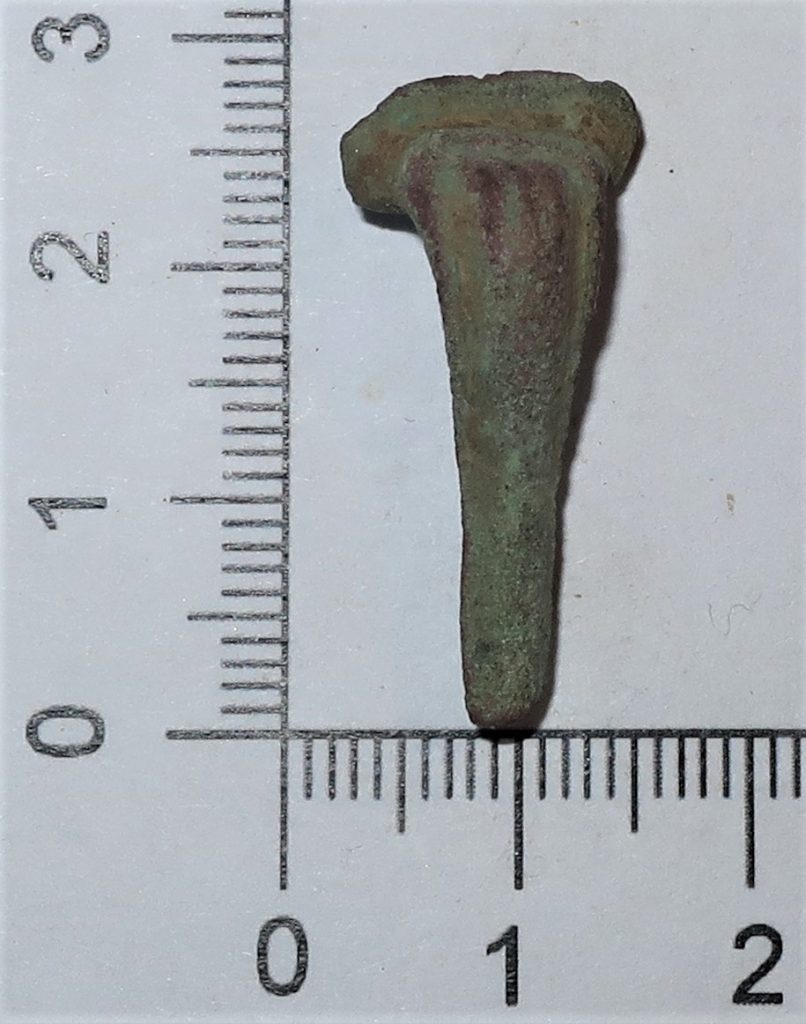 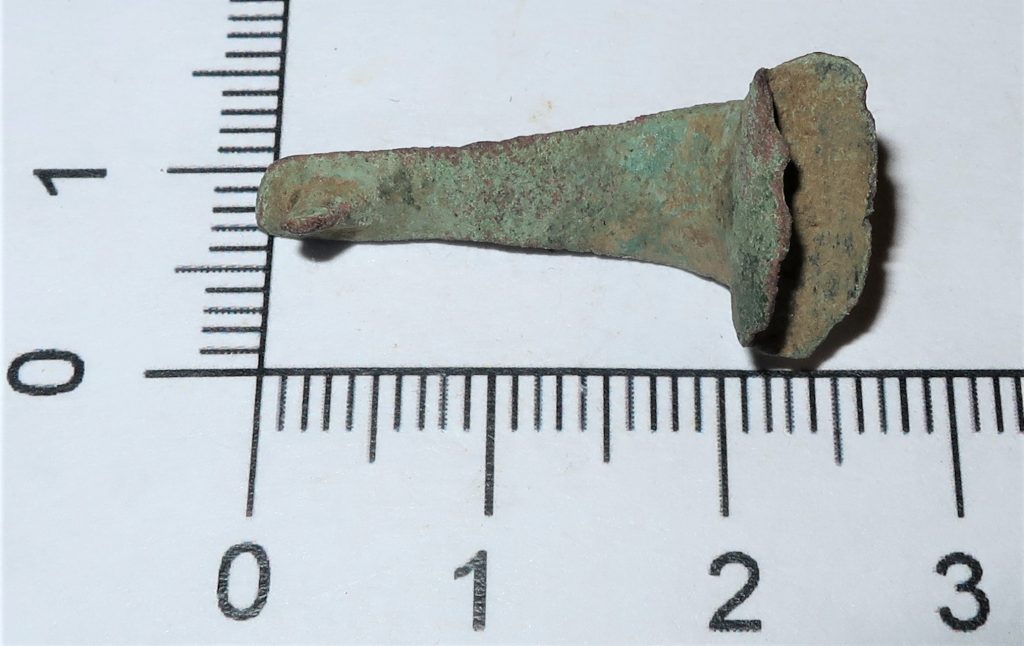 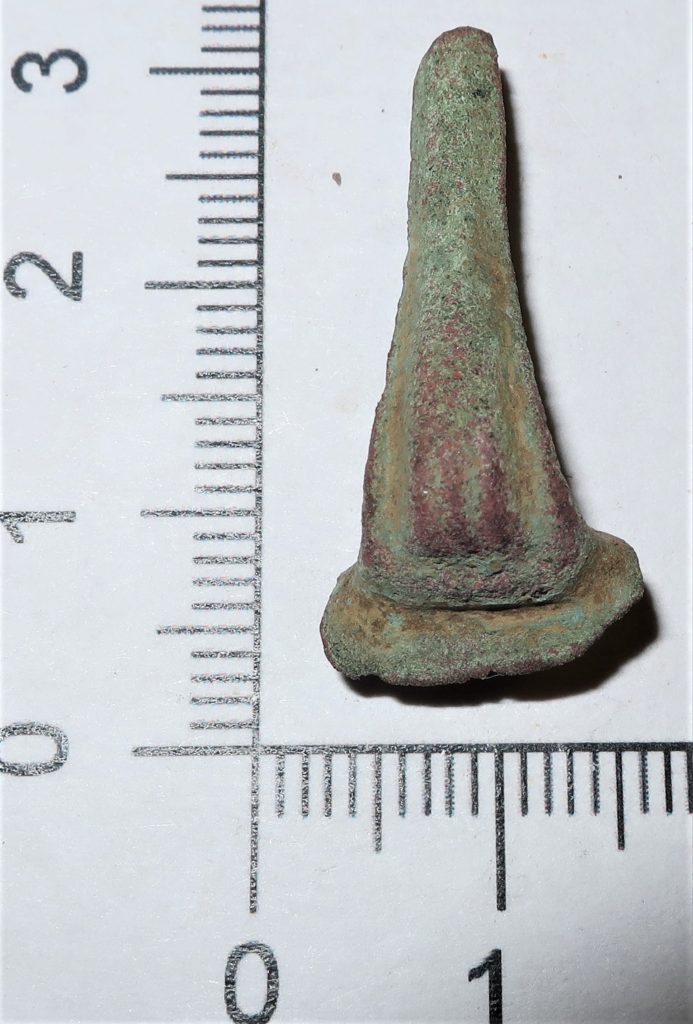 As it was nearing 11:00am I headed back to the car for a coffee and wait to be told where the new field was located.  When the dig leader said the new field was open and he’d show us where it was, by the time I’d put on my rucksack, picked up my gear, closed the boot and got down, to the road the whole area was totally deserted.

It would have made the Marie Celeste look crowded…

After walking up and down the road looking in all the fields I gave up and went back to the car, only to meet someone else in the same situation. He too wandered around but couldn’t find anybody.

On the way home I decided to drive down Wade Drove at the bottom of the valley in case I could see them in any of the fields – I did, far from where we’d parked…  I thought about parking up and putting my gear back on, but a deep ditch/stream with a barbed wire fence on one side of the field, and a high fence of spiked iron railing on the other persuaded me to leave them to it and put it down to experience… 🙁 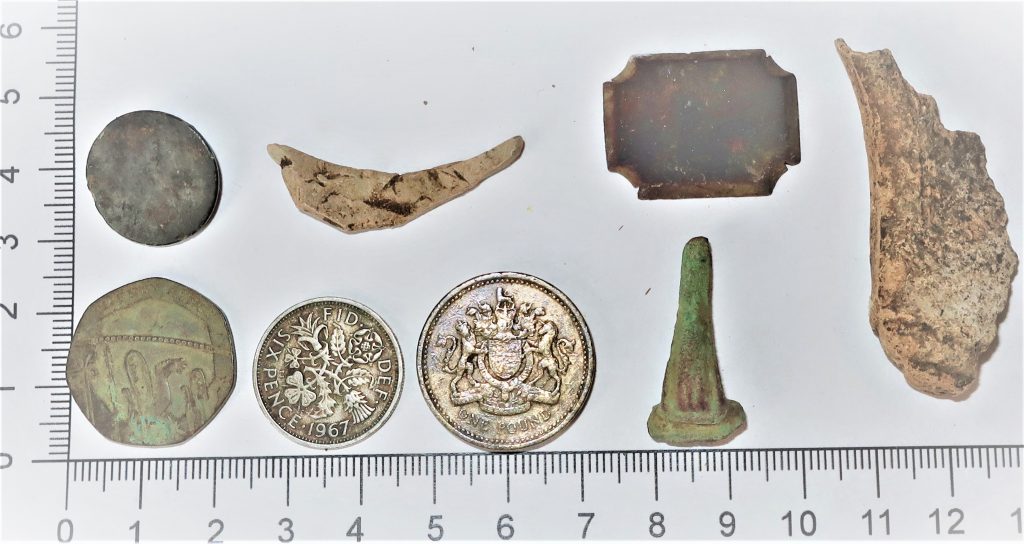