I went out with new detectorist Mark Graves yesterday on his permission to give him some hints and tips on metal detecting. I didn’t know much about his detector, a Minelab X Terra 750, but had downloaded the manual onto my iPad to take with us, and watched several youtube videos to give me an idea of how to use his detector.

As an introduction, we decided to stick to the Factory Pre-program 1 until he got used to the tones and meter readings.

The field we chose once contained an old water mill and a house, both demolished, they also contained an awful lot of iron scrap – the perfect ground to teach Mark how to identify different metals from tones and numbers.

A few circuits of the field brought up a lot of iron (I’d told him to initially dig every signal) but as he got his “ear” in he was able to identify the obviously large iron signals and dig only it “maybe” and “definitely worth a dig” signals, still bringing up iron but ‘curly’ and ‘oddly-shaped iron’, plus the odd bottle top.

I didn’t fare much better – half a carthorse shoe with nails, an iron wedge, bottle tops, etc and one star find, a pair of bolt croppers the farmer had lost in the field 😄 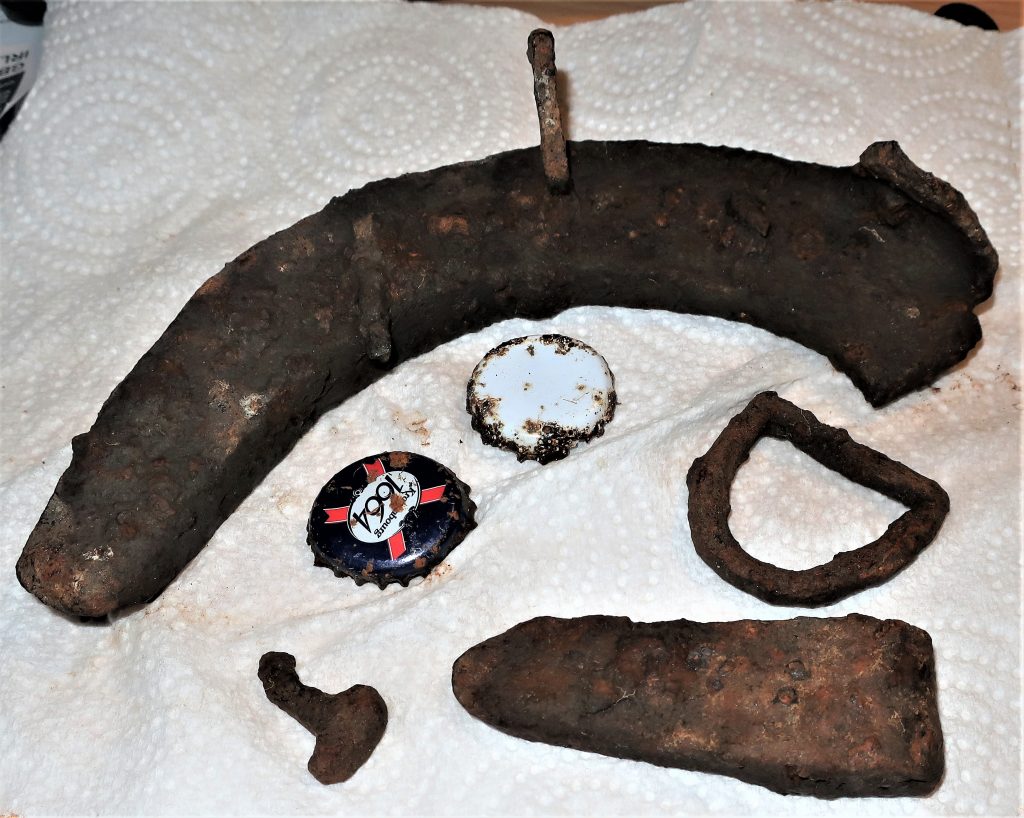 After a couple of hours, Mark had the basics and was happy to explore the rest of the farm in the future, a farm that had yielded lots of hammies and roman coins in the past… 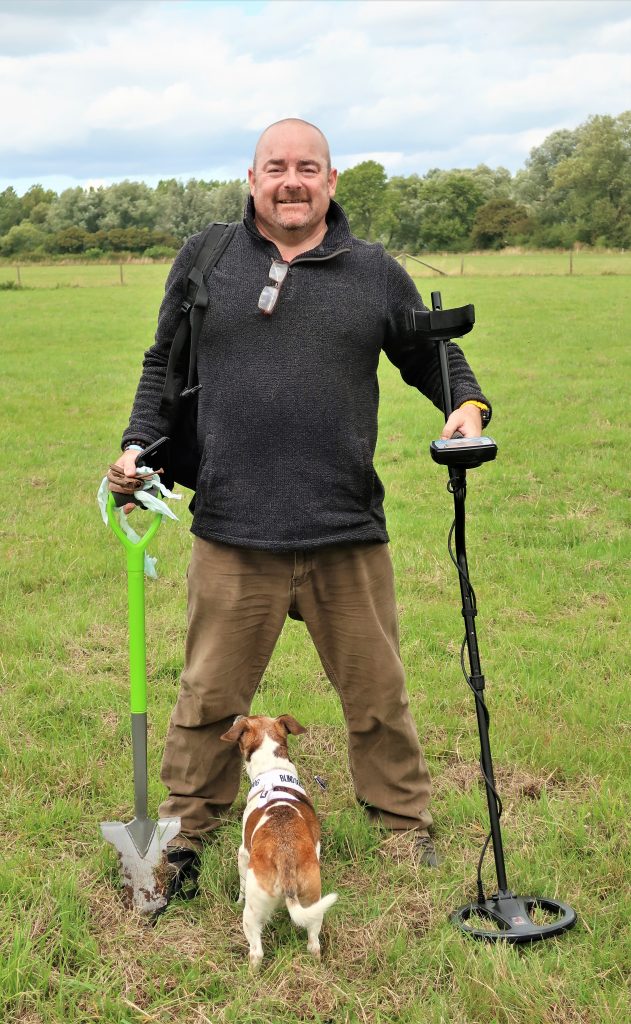