Originally I bought one of those cheap Chinese fake pinpointers, and for a few weeks it worked – not well, but it worked.  Then it got an intermittent fault where it just stopped detecting anything, the light came on when you pressed the button but there was no sound, etc.  Eventually it would start again but by then my frustration level had risen to the point of no return… 🙁

I obviously needed to buy a new one, but which?  There was no competition really, I had the best metal detector available so I may as well buy the best pinpointer available – the XP MI-6.

Its main advantage over other pinpointers is that it links wirelessly to my Deus and sends it’s audio directly to my headphones, so no need to remove them to hear the pinpointer properly… 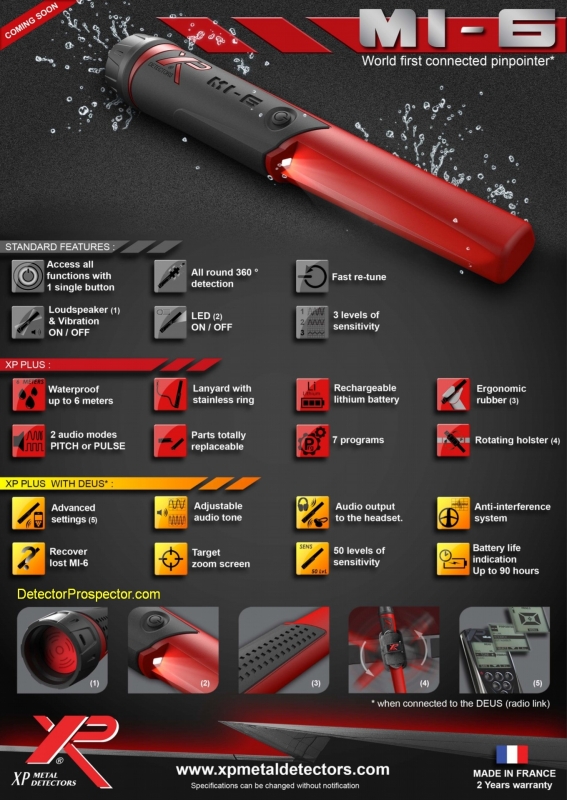